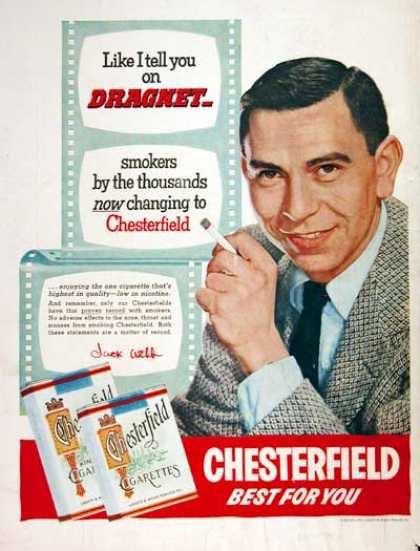 “Sitting here on my bench, eating my daily croquette is one of my few certainties in my life.
I’m willing to tell my story, although it’s not a pretty one. I think it might be good to get it out once in a while, to get someone else to remember the facts for me. I don’t trust my brain anymore.”

Anton Bosman is 61 years old, born and raised in the city of Den Haag. Anton is a fairly tall man, although it’s hard to make that out from his slouched posture.
Sitting on the bench in the city center, his icy blue eyes have a piercing stare. He glares at the crowds passing by, carefully observing every movement around him.
With every bite of his steaming hot snack, he seems to relax a little bit more, until he finally turns his head and makes eye contact for the first time.

“Everything started out as usual. My life, I mean. I was a normal kid. My parents lived in the Regentesse area, one of the fancier neighborhoods of Den Haag. I have lived there for most of my youth. As far as I know, there weren’t many factors of my upbringing which really stood out compared to other children. Happy family, happy life, no trouble at school. You know the drill.
Both of my parents and also my teachers used to be astounded by my vivid imagination, but looking back on it, it may have been an omen of what I have become these days.
Back in the day having invisible friends was considered cute, but it turned out to be something to get arrested for.

In my teenage years I discovered marihuana, just like everyone from my generation. I started smoking around the age of fourteen I guess, and there was no trouble with that so far. I might have finished high school completely stoned, but I’m not quite sure about that. My memories have been quite unreliable lately, and I only have my diploma’s as hard proof I’ve actually accomplished something in my life. Sorry if I sound bitter.

Around my twenties everything got turned upside down.
I lived in a squatted place at that time, after leaving my parents’ house on a rebellious streak. My friends at that time were heavy smokers, and so was I. I had a job at a garage those days, and one morning I didn’t show up. I know now that night was the one where my whole life went down the drain. From there on, everything went into a crazy slide downhill, and my life as I knew it was over.
What exactly happened, I don’t know. I can only compose my own version of this story through the information other people have given me.

Apparently my family has a history of schizophrenia and psychosis, and most people assume my weed-smoking may have been the trigger.
All I know is, during that one night I woke up in the front yard of my apartment. I heard a loud growling noise right next to my head, and I started running. Suddenly the houses on both sides of the streets started bending towards me, their windows lighting up like angry eyes. I was being chased by dark figures, I kept on running. The streets turned into liquid, and I swam for my life. The trees whispered angry chants, commanding me to die.
That one Radiohead song, ‘Street Spirit’ reminds me of this. It’s crazy how one song can almost describe my first psychosis so exactly. For a long time, I was convinced Radiohead lived in my head. They stole my thoughts and made them into songs. I still can’t listen to this band without shivers running down my spine.

The next thing I remember was waking up, with shattered glass all around me. I was missing all of my clothes and was bleeding.
I got arrested shortly after, and it turned out I had ran through town for hours, completely naked, and eventually jumped through the window display of a shop. That same day, I got admitted to a psychiatric hospital. Schizophrenia and acute psychosis.
The years in between that one night and this day are a big blur. Mostly medication induced, several times of going in and breaking out of the ward define that period. I got admitted quite a few times. Even now I still hear voices, and have hallucinations. I know for a fact that man across the street is investigating me, but I’ve learned to ignore that.

I’ve become quite lonely. Most of my friends have gone on with their lives, and honestly, I don’t think I’d even recognize them. Both of my parents have died during my crazy years. To this day I still feel horribly guilty about the fact I didn’t even fully realize the fact that they were gone at the time, I guess I was busy slaying imaginary dragons.
But there’s also something positive to tell. One of my earliest memories has always stuck with me. When I was around three or four years old, my mom and I used to go shopping, and afterwards I would get a croquette from this very snackbar.
No matter how far gone I was at times, each time the psych ward released me, one of the first things I would do is go straight to this corner and buy a croquette. I promised myself that a long as I do this every day, I know I have one certainty in my life.

So here we are. I haven’t been admitted for the past five years now, I think I have my life on track for the most parts. I have my daily croquette, I have a place to live, and I think I’m slowly starting to make some friends. Apparently I look more approachable than before, people start talking to me more often. I think I could say, today I’m quite happy.”

Explanation for the photo and name:
Anton is the interviewees real first name, but on his request I changed his list name. Since Anton slowly getting his life back on track he doesn’t want to be recognized by people who might know him, as he is afraid his story might scare them away.

Anton told me he was quite scared of cameras, staring into the lens. We compromised, I was allowed to take a photo of him, but only if he wouldn’t notice.
I tried to also get his croquette in the shot, but didn’t want to make him aware of the fact I took the photo. He didn’t want to see it afterwards, as he does not want to see what he looks like to others.